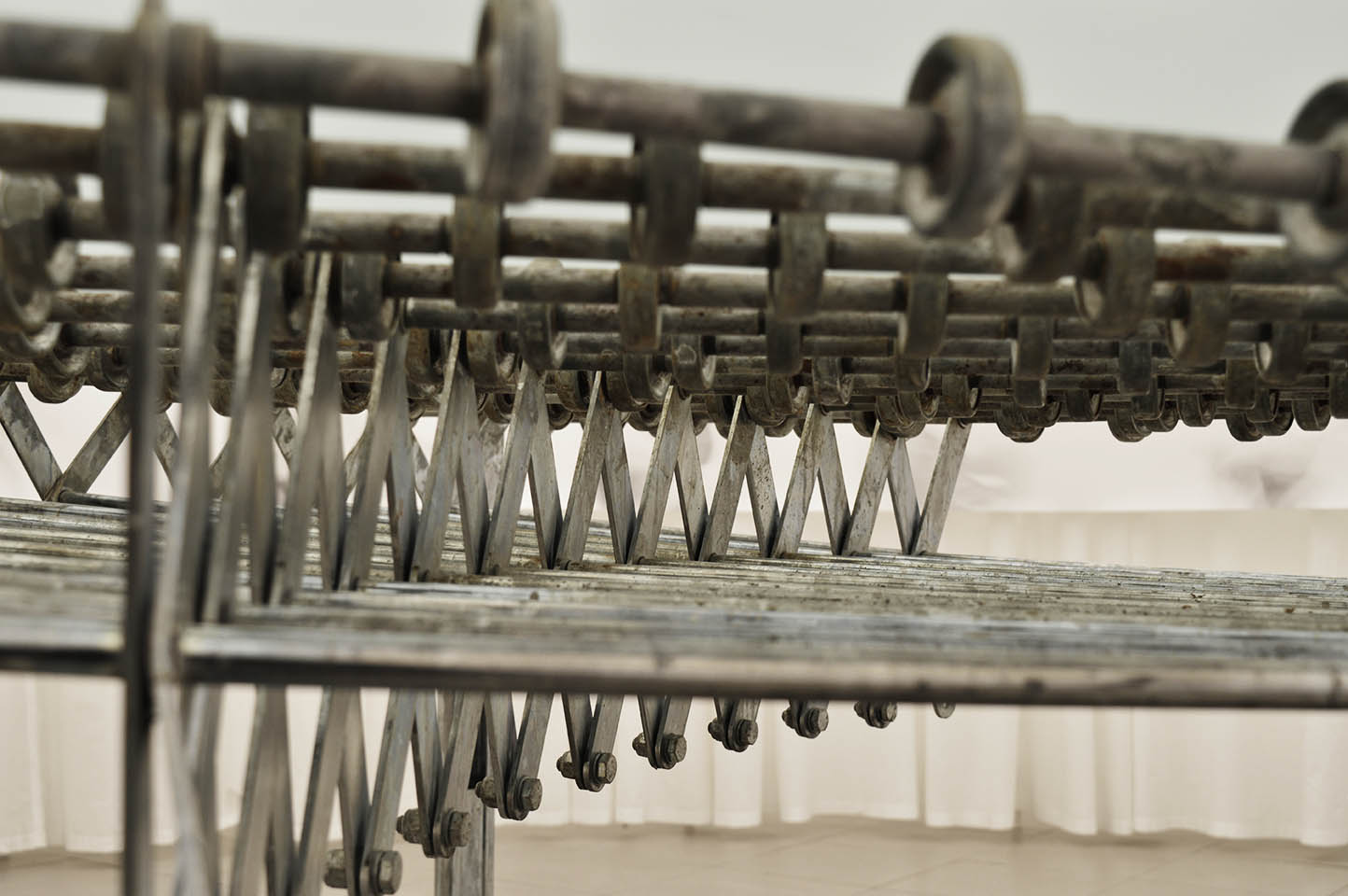 This Machine Kills is a collective project of Bruna Mibielli, Halisson Silva (BR) and Tales Sabará (BR), promoted by Colégio das Artes, Universidade de Coimbra and presented at the Quarto 22, an art gallery that instigates artists to occupy its round space.

The work of art consists of an installation created initially from a series of photographic records made by Bruna Mibielli of a performance staged by Halisson Silva. From this point Tales Sabará was invited to join the project.

Thus, this material was edited by the trio of artists and configured in a photographic assembly, in panoramic format of exact 18,04 meters. The piece was designed exclusively for the exhibition space, and its dimension corresponds to the circumference of the room.
More than a specific site, the piece is endowed with a strangeness in which it articulates with a table / machine. The set creates differences and nuances that intertwine and play in the various contents that organize the exhibition, whether visual, political, critical or conceptual.
During the exhibition (16th February until 5th April/2018), the public is confronted with the presence of the artist Halisson Silva, amid a performance in the exhibition space.

“Everything there is set for the show. The curtain, the arena, the guitar, the table and the artist in the center make up the scene. Skirting the arena, images in spots that resemble moving figures. Maybe it’s the audience eager for the beginning …

Little by little, in the attempt to put the pieces together, we discover that everything is more than scenery. When one visit This Machine Kills, in Quarto 22, he/she realizes that there is no presentation in the normal sense of “show”. The spectacle is in the elementary details.

Black-and-white photographs, sometimes confused with charcoal drawings, seem to confront us, to inquire – like the “ghosts” that have been in our memory since childhood. The table, the guitar and the artist participate in a network, embraced by the curtain that hangs on the round space. This arena induces the gaze to move in a circular direction.

In the center of this room, a moment suspense in silence is created, like an island for the intellectual exercise. The space opened in time, moments dedicated on thinking, reflecting, researching, writing, drawing, listening, perceiving and internalising. It’s a nucleus that holds its own and greatest reminiscences.”